The company presents the most complete aftermarket spare parts catalog in its history, made up of more than 7,400 references, with more than 19,000 applications adaptable to most of the vehicles in the international car park

Metalcaucho will launch this catalog annually instead of every four years

The company’s spare parts are characterized by high quality, offering reliability equivalent to the original spare parts but at a more competitive price

Metalcaucho, the leading European supplier of aftermarket spare parts in rubber and metal for the automobile sector, presents the most extensive aftermarket spare parts catalog in the rubber and metal market. The new catalog is also the largest that the company has launched in its history, offering more than 7,400 references of rubber and metal parts, with more than 19,000 applications adaptable to most vehicles in the international car park. This manual incorporates 1,300 new references with respect to the last edition, presented in 2012, and offers spare parts for a total of 2,310 vehicle models, of which 70 have been added for the first time in the 2016 catalog.

As Josep Grañó, Chief Executive Officer of Metalcaucho, explains: “Thanks to our constant innovation capacity, we have significantly expanded our offer of spare parts with the aim of providing distributors with the best and the latest solutions so that they can take full advantage of the opportunities that the market offers”. Grañó also emphasizes that “Metalcaucho submits its spare parts to rigorous quality controls in order to guarantee high product reliability, equivalent to that of the original equipment but with a more competitive cost“.

In the 2016 catalog, the company has expanded its range of bushings, engine mounts, silentblocks, heat exchangers and more depth mechanics parts only available at Metalcaucho. Similarly, new families such as ABS sensors, ERG valves, rear windshield wipers, oil separators and fuel pipes have been added. In relation to the latter family, the company has been a European pioneer in presenting multibrand spare parts of this type of spare part.

The company already has all the spare parts of the new catalog in its warehouse to provide distributors with an immediate delivery service. In turn, all spare parts are incorporated in Tecdoc, offering updated and complete data for the identification of the components as well as to check availability and purchase them online through the e-commerce platform, exclusively for distributors. 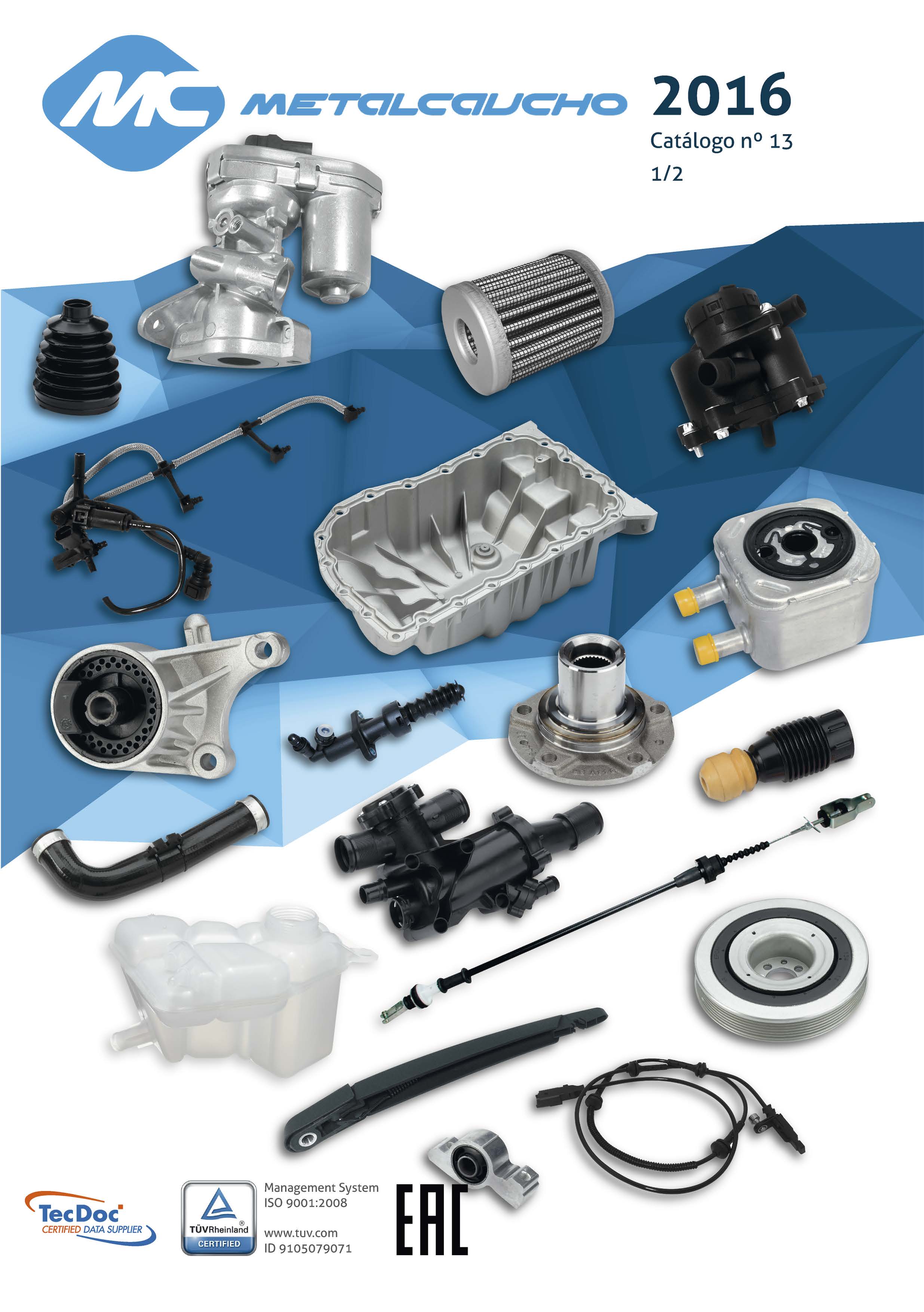 An annual catalog of rubber and metal spare parts

Metalcaucho launches a major strategic change in the frequency of publication of its catalog of part numbers of rubber and metal, which will now be published every year instead of every four.

In the words of Grañó: “The annual publication of our general catalog is an important novelty and reaffirms our leadership based on the ability to anticipate the needs of the market. With this, we intend to provide clients with a very useful and fully updated work tool, offering them more agility and greater responsiveness”.

In addition to launching the catalog of references annually, the company has defined as main lines of action the expansion of the product range, the promotion of its internationalization, the promotion of quality and efficiency in the service.

The transformation of the company has been promoted with the new Rubí workplace, recently opened. These facilities double the company’s storage capacity to support its expansion plan. Likewise, the new warehouse has been equipped with the latest technology in radio frequency and automation, in order to improve the level of customer service.