They competed with a Nissan Micra III K12 160 SR and its pilot José Jiménez, employee of the Metalcaucho quality department, finished fourth in the Junior category

Metalcaucho, the leading European supplier of aftermarket spare parts in rubber and metal for the automobile sector, has prepared a car, a Nissan Micra III K12 160 SR, to compete in races of the Mountain Catalonia Championship. The objective is to test the resistance of its parts in a real environment, in addition to verifying its quality through rigorous controls in its new laboratory.

On September 21 and 22, they premiered at the XX Pujada al Farell, a historic race that celebrated its first edition in 1966, and runs along a mountain road near the Barcelona town of Caldes de Montbui. Although obtaining a good result in the final classification of the race was not the objective set by Metalcaucho, it should be noted that the pilot José Jiménez, a young employee of the quality department of Metalcaucho, finished fourth in the Junior category.

This is his road debut, because José Jiménez is a driver who comes from the virtual competition. He started running in 2011 with the Gran Turismo driving simulator, highlighting his stay at the Williams_JIM ESPORTS virtual team, sharing a team with Coque López, who is currently one of the best Spanish simracers. From there, the young employee of Metalcaucho, went to KIYFDC, the virtual team of the professional pilot Dani Clos. 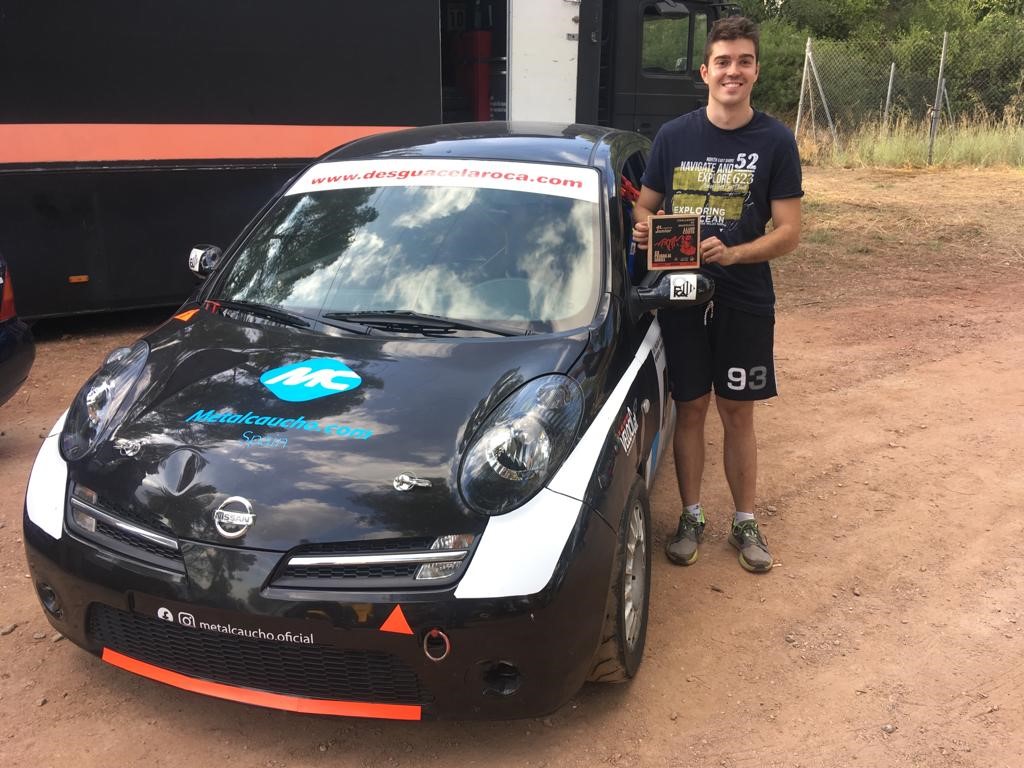 In his medal winners as a virtual runner it can be noted that he was the fifth ranked in the National Final of the Nissan GT Academy 2015, he has won 4 editions of the SuperCompetition of Teams (SCE) of MundoGT (one of the most prestigious virtual team championships in Spain), and finally that in the GR Supra GT Cup 2019 of the Gran Turismo Sport it finished in the 22nd position in the world, 9 in Spain and first in Catalonia. On the real competition, a year ago the Catalan Championship of 4-stroke rental karts began to run.

In this video you can see part of his participation in the race and the making of how the vehicle was prepared inside the plant of Metalcaucho, in Rubí (Barcelona)

As a result of its ambition for excellence, Metalcaucho is constantly improving, ensuring the quality of all its products, thanks to a strong investment (more than 3% of its annual turnover) in a new quality laboratory, in which they carry It carries out rigorous controls to which all its products are subjected, guaranteeing high reliability, equivalent to that of the original equipment, but with a more competitive cost.

But the quality department of Metalcaucho is not limited to verifying its parts only in a controlled environment, and that is why they have gone out to test them on the road. Hence, in this car, a modified Nissan Micra III K12 160 SR with the relevant safety measures to contest the test, the following Metalcaucho spare parts have been assembled:

And this will not be the only test they do, because they already have two more mountain races on the schedule, on October 13 the IX Pujada to Ullastrell, and on November 24 the XLVIII Pujada to Sant Feliu. They will be good tests to continue testing the quality of Metalcaucho parts.