The company will be present at the Automechanika fair, which will be held in Istanbul (Turkey) from April 6 to 9

The company participates for the second consecutive year in this worldwide reference event of the aftermarket and original equipment (OEM) automotive industry, thus reaffirming its strong international vocation

Metalcaucho, the leading European supplier of aftermarket spare parts in rubber and metal for the automobile sector, will be present for the second consecutive year at Automechanika, the world’s leading trade fair for the aftermarket automotive industry and the original equipment (OEM), to be held in Istanbul (Turkey) from April 6 to 9.

Metalcaucho will present at its Automechanika stand, located in Hall 2 B-105, its new catalog of aftermarket spare parts of rubber and metal. This new catalog is the most extensive in the market and also the most extensive that the company has launched in its history, offering more than 7,400 references of rubber and metal parts, with more than 19,000 applications adaptable to most vehicles in the park international car. 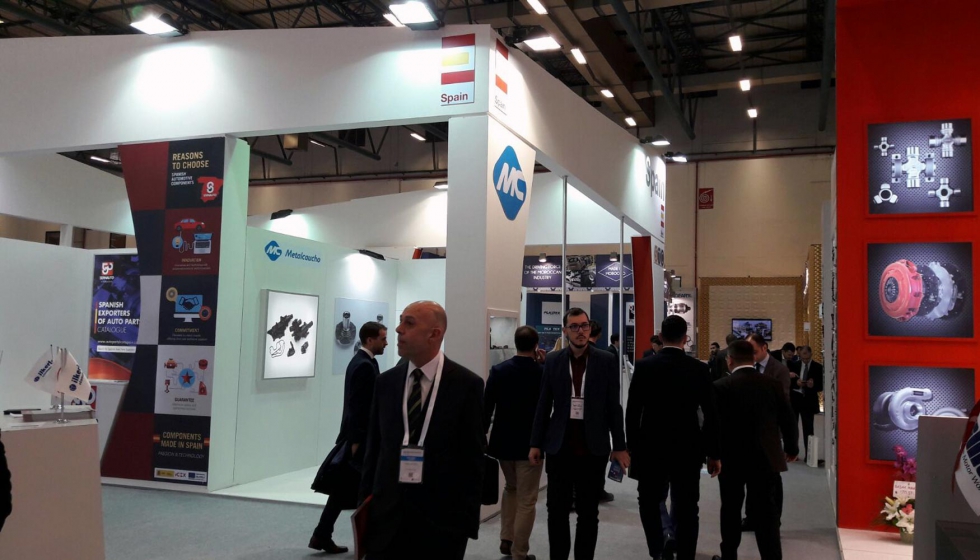 In the words of the general director of Metalcaucho, Josep Granó: “Our presence in Automechanika reaffirms the strong global vocation of Metalcaucho. Boosting internationalization is one of the pillars of the new business strategy of the company’s current management. In that sense, Metalcaucho has increased the volume of international clients and aims to consolidate in the key markets where it operates, while defining a clear strategy for expanding into new markets”.